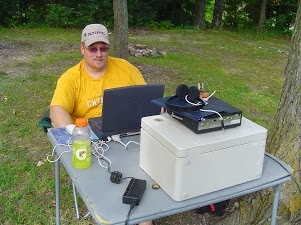 One of the hot topics of today is SDR. Software Defined Radio is an area of technology that allows you to use a computer and some inexpensive hardware to create radio receivers. Tom's inspiration for this venture came from an article in the January 2013 issue of QST® magazine. The article was titled "Cheap and Easy SDR". The word cheap captured our interest immediately and the results of Tom's project was the basis for this article. DVB-TV Dongle. 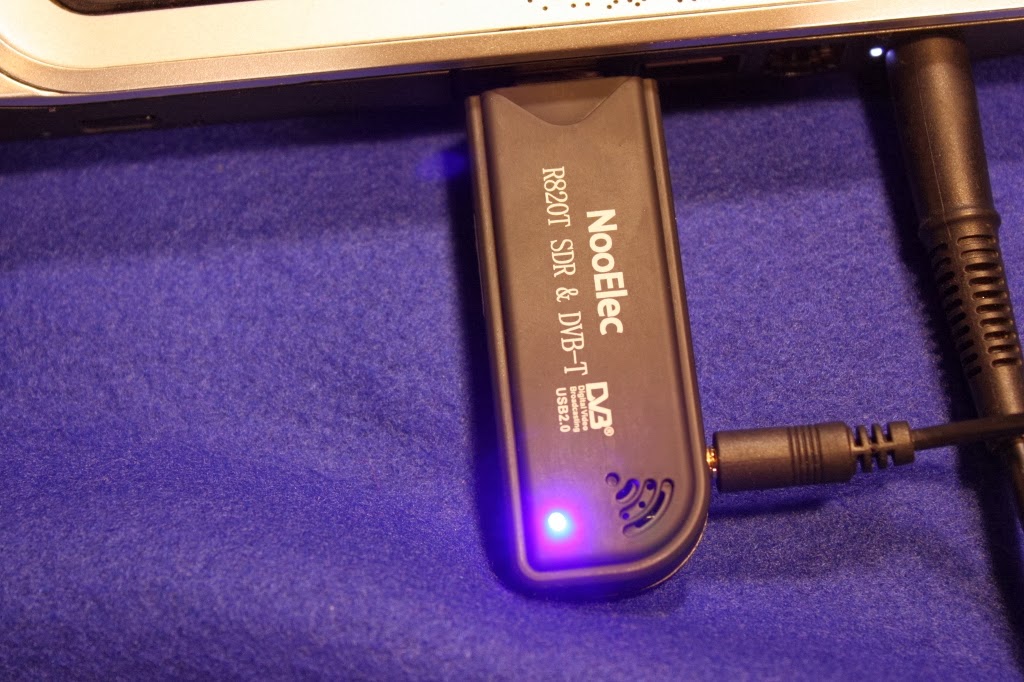 The Dongle in Action on the USB Port

These tiny usb modules are available on the internet for around $20.00. With software, they can become a very powerful short wave receiver. After the software package is downloaded and installed, there is a setup procedure that must be followed to get the dongle and software to receive signals. Once this is done, you will see signals on a waterfall type display like this. 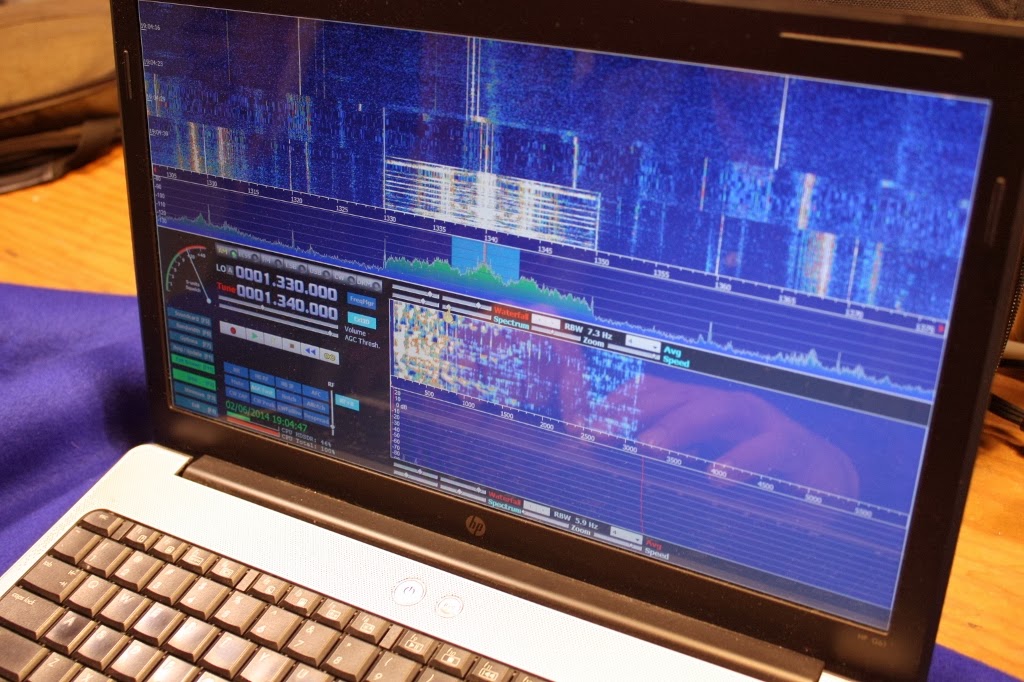 Received Signals By the Dongle Displayed 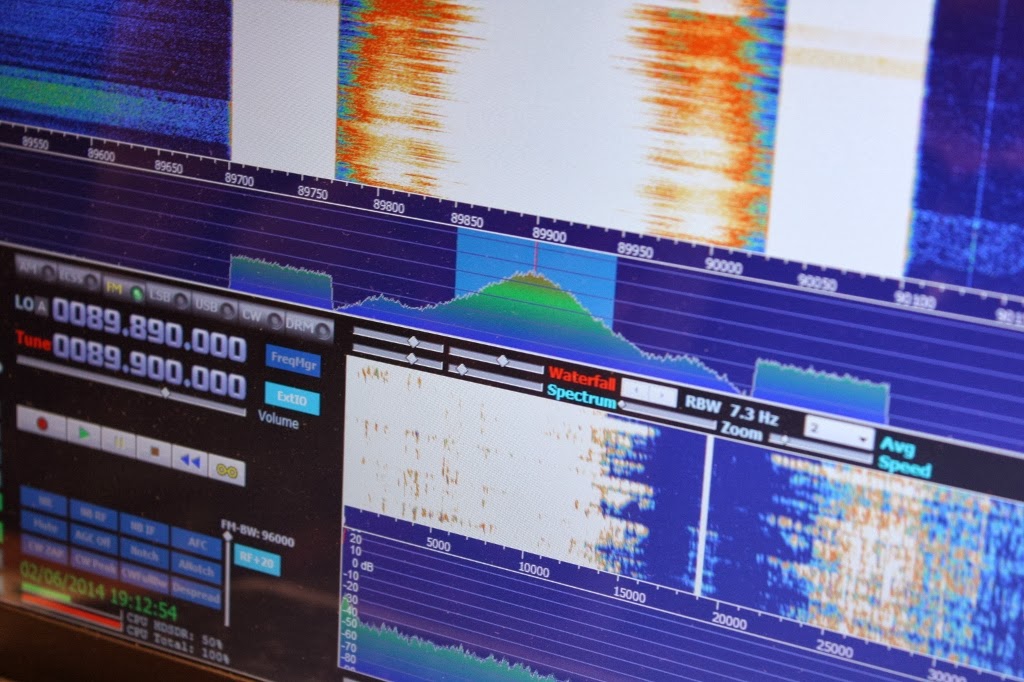 The Display of a High Definition FM Signal

The dongles such as this one cut off at about 50 mhz requiring a converter to listen to the HF frequencies. The previously mentioned QST article included a schematic and photos of how to add a converter to extend the receiving range of the dongle. Tom chose to build the converter using Manhattan style construction. 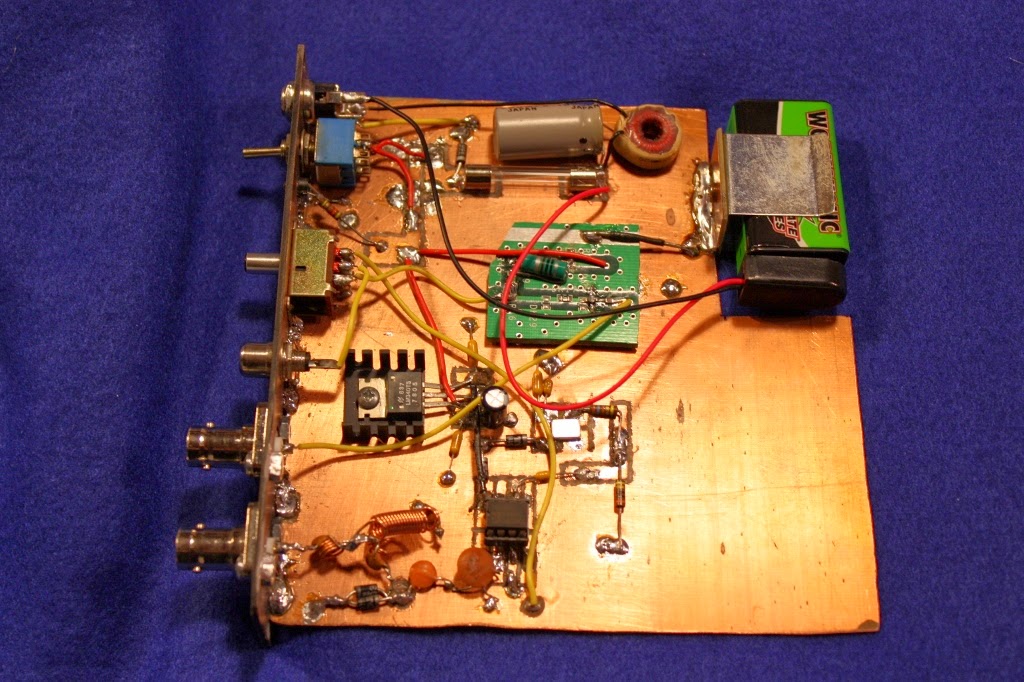 The HF Converter Board


The HF converter board is made up of an oscillator, mixer chip, and power supply. Various components such as switches, input/output jacks, and the power connector are attached to the front panel assembly. 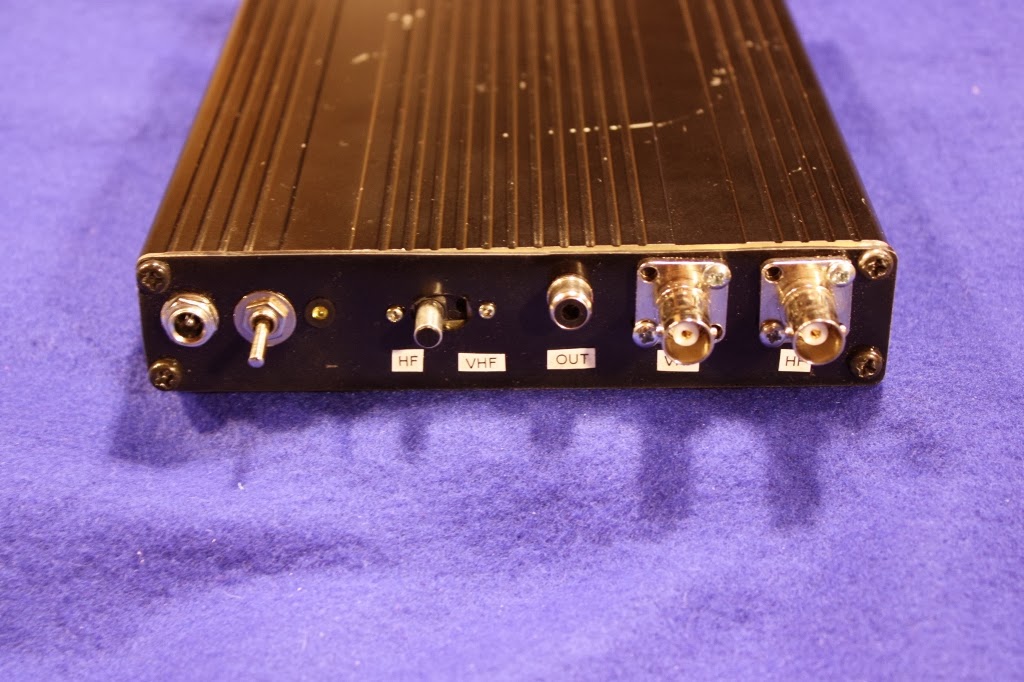 The final product packaged and ready for use.  The HF converter extends the receiving range of the dongle into the HF bands.  Tom had a great time putting this converter together and is a classic example of the projects completed by the Builders Group.  We hope you will join us and melt some solder.  Our motto is "Build Stuff".  Bring a project of your own to build and demonstrate.