WEST MINERAL — Big Brutus, now retired and memorialized, still has an ability to bring back the past with miners who once worked with the giant of Southeast Kansas.

“This mine closed down, a lot of the strip mining was closed down and retired miners got together after they made this Big Brutus Museum here and annually we get together,” said Jimmie Lovell, who also serves on the museum board. “We have a man that cooks all of our fish for us and we get together and visit. It’s something we do every year and we look forward to it. We’ve had as high as 150 people (come before).”

The Miner’s Day Reunion brought back the miners of the past, along with their families which have grown since their days of retirement, as they congregated over a fish fry recollecting the early days with Big Brutus.

Lovell said the coal miners were like an extended family to each other and that of the 40 years and eight days he worked as a coal miner, he said there wasn’t one day he could remember when he didn’t want to go to work.

“Coal miners were all friendly people,” Lovell said. “Everybody helped everybody, very few people that got mad, they got over it. They’re just a different breed of people. They thought a lot of each other.” He added had the mines not shut down, he probably would have worked longer, instead of retiring at the age of 60.

Gege Sachetta is another retired coal miner who returns every year to participate in the Miner’s Day Reunion, after having worked for the company for 45 years. He shares Lovell’s sentiments about the enjoyment they got from working at Big Brutus.

“I enjoyed the first day of work and I hated to retire,” Sachetta said.

Lovell said the reunion brings back miners who now live in Oklahoma, Missouri, Kansas and even Illinois.

“Sometimes, there will be one or two that slip in from Colorado,” Lovell added.

Lovell said at one time, Big Brutus has 135 miners working there, and out of those 135 miners, their families keep coming back in the shadow of Big Brutus to remember what once was.

The third of seven Special Events honoring mining history in SE Kansas will be held Saturday 19th and Sunday the 20th. Remembering the many mining camps that sprung up all over this part of the state we are setting up near one at Big Brutus. We will meet for breakfast by 9am at Hardee's in Pittsburg then head to Brutus.

Click the mining banner above or the image below for additional information.....

Approximately 10am until TBD Both Days
20m USB, PSK31
40m LSB, PSK31
And other modes/bands 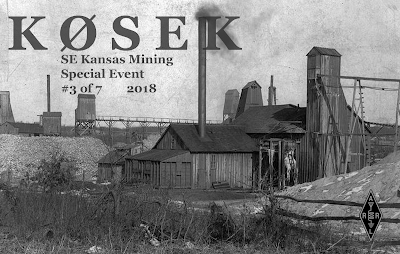 Mine Explosion That Haunts Kansans

Keeping with our Mining History Special Events. I found this story. Never heard of this until we started this event. This is a fascinating story on SE Kansas mining history and needs to be remembered. Please take a few minutes and read this bit of history.

Kansans know well how bloody history can get, especially the farther you look into the past. History has shaped us to be the state we are today, but this event in particular was unforeseen and devastating. We might not have been alive to witness this tragedy first hand, but we’ll remember it as part of Kansas’ history. Have you ever heard of the mine explosion in Pittsburg, Kansas? 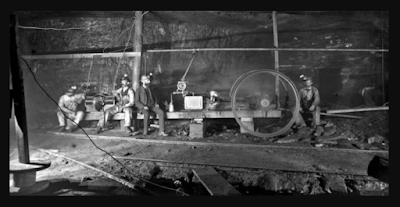