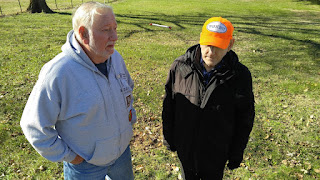 Recently, local ham operator WØKEU Keith Retzer passed away. Our club had a few interactions with him through the years of SEKARC. One of those he had called us out to help him take down one of his antennas that needed some work and he was unable to do it by himself. After our Wednesday coffee a few of us went out to lend a hand.

Here is an excerpt from the article I posted on our website with a few photos...

"Keith was very appreciative and we were glad to help. We got a tour of his garage and ham shack. A shack in which he was able to get USA Worked All COUNTIES..... TWICE and working on a third round now! He operates almost all on SSB and is a very successful and veteran ham operator."

And on a personal note, Keith was my first HF contact.... yep a whole 3 miles! January 17, 2013 I was still holding a technician license ans was listening to my tech portion of 10 meters and I heard him making a contact with a station in the state of Washington. I had not looked up his call yet.... I called for him and he answered. I was excited, my FIRST HF contact! Looked him up and sure enough we was just west of Chicopee!

After he passed, his daughter Joy Lynette Stahl reached out to us on Facebook to see if we could help his wife with selling his equipment. She then posted this fantastic comment from her memories with her dad. One of the best family ham stories I have heard. Thank you and SEKARC sends our most sincere sympathies.

We have a couple of members reaching out to help her and it was nice to hear directly from his daughter. 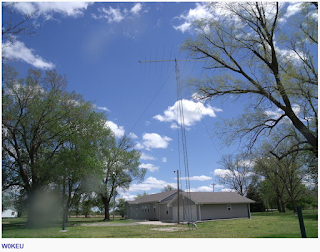 Field Day 2022 information.... please also see the RSVP post and reply if you are going to be stopping by! Should be a fun weekend, SEE YOU THERE !!

Hello.... we would like your information if you plan on coming out for Field Day. Please use form below to RSVP. Especially the dinner so we can get our order for food placed!