On Sunday May 28th, a group from the SEKARC volunteered at the Baja Kansas Endurance Race 2017 at Pitt State! Tyler KBØPOP. Jeff KAØEGE, John ADØKA and Gary Goddard operated dispatch for the recovery teams. It was a great event and it is being held next year at PSU so we will be helping again and welcome other folks to help!

Basically a car with issues would be called in by a spotter on the track with car number, and position marker (location on the track) and if they needed a lift and tow (example in photo below) or just a tow. Then the other part of our team would dispatch out the recovery crew to that location. It was a little like chaos at first but as the cars dropped out it slowed down a little.

Hat's off to the recovery team which I believe were from Alabama and surrounding states. They were great to work with and VERY helpful and made it really easy on us. They were from a trail riding club. They were also all volunteer and came a LONG way to do so !! To link to their site just click the image below!

Below is a promo video and then some other photos from the event!

Here is a new edition of the ARRL podcast The Doctor Is In. The topic is HF loop antennas!!

SEKARC is having a bust Wednesday... first our weekly Coffee QSO at Root Coffeehouse. 8th and Broadway in Pittsburg. A couple of hours of coffee, cakes and conversation! Then around 11 it will be off to lunch.... not sure where but smart money is on Freddies !! 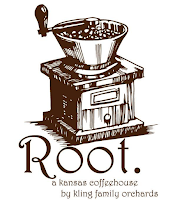 Then by 1 pm those that would like to will head out to the Crawford County tower location just South of the Museum location. It is across the field from where we have setup n the past. The Crawford County Emergency Manager will be there with the 100ft portable tower system for a demo!

After the demo, those that are interested and weather permitting can head over and setup some portable radio gear and get on the air!! Kind of a practice run for Field Day. It should be a fun and interesting day so join us if and when you can!! 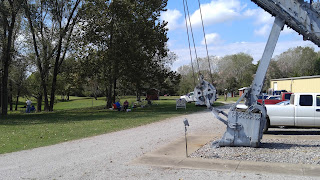 Field Day 2017 is fast approaching and we thought it would be a good idea to start the planning process! The survey below is just to gather some initial information as we put together plans for the event! We realize plans can change and if you know anthing about the SEKARC is that we are flexible and as always, our Field Day is about the FUN not the POINTS !!

All are welcome anytime..... ARRL Field Day details can be found HERE !!

Browse and search this 1947 license listing... there are some Pittsburg Kan amateurs listed.