CHANGES TO CLEAN SCOOP CERTIFICATE REQUIREMENTS
We have had horrible cooperation from the weather for the first 3 events and our on the air time has been limited so the club decided to change the qualification for the certificate. Now you only need to QSL 5 of 7 of the Special Events to get the clean scoop certificate !!
Good Luck and 73 from SEKARC 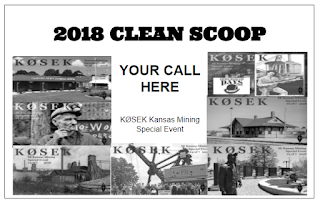