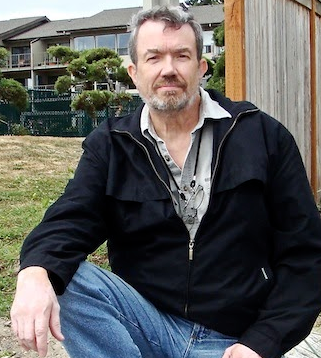 I've talked with Kings, doctors, actors, astronauts, aristocrats, Indian Chiefs and Fire Chiefs, the news makers and news reporters all over the world. I've talked to Dictators, Communists, Socialists, Democrats, Republicans, and independents. With Russians, Chinese, Italians, the Scottish, English, Germans, French and now and again a Spaniard. I've talked with Eskimos at the North Pole and scientists at the South Pole, ships on and under the sea and others in flight.

I've done this by bouncing my voice off the face of the moon or the tail of a meter or the space shuttle vapor trail as it was coming in for a landing. I've watched the aurora borealis dance and twitch as my signal was passing through it. I've followed the sun during its eleven year cycle while it strengthened and weakened the ionosphere making all of this possible by bouncing my signal far beyond the horizon.


I've taken regular trips deep into the stratosphere on a helium filled balloon and peered out from the edge of space at our hazy blue atmosphere as it hugs the curve of our planet against a backdrop of the black abyss beyond. And tracked it using mobile computers and radios I can carry in my pocket. And at the same time I've exchanged notes with astronauts on the International Space Station comparing the view from above and below.

I've pulled a child's doll from the wreckage of her home after a cyclone tore it asunder, and then communicated the rescue to her. Built road signs in a city so devastated by a tornado that none remained. Delivered messages of love and well being from Viet Nam, Iraq, Afghanistan, the back woods of Minnesota, Joplin, Missouri, Greensburg, Kansas and the mountains of West Virginia.

I've taken this hobby to the young at Boy Scout and Girl Scout camps and deer camps, the old at retirement homes, the sick in hospitals, the blind at the Courage Center in Minnesota, the deaf, and the dying. Demonstrated it from schools, farm fields, homes, RVs, cars, bicycles and once from the top of a ski jump.

All these things and more I've done with a battery, a length of wire and a radio I built myself.

Thanks to Larry's List and especially to Keith for letting us use this with his permission! His contact information is below and he also mentioned that he is open for questions if you have any!