The first SEKARC Foxhunt was a chilly success! The coldest morning of the fall but we still had over 10 hams and XYL's out hunting that pesky fox. We started the morning with breakfast and coffee at Hardee's while planning the hunt.

The previous post here had instructions for two antennas, the video was for a 2 meter beam and the photo was for a 70cm version. Several members had built the 2m version and those seemed to work really well! Steve N5SD had a vintage version of a foxhunt antenna which was interesting. John ADØKA had a homebrew as well with attenuater and other pieces.

Bill WBØLXZ built a 70cm beacon operating from a solar panel that he planted the night before and that one proved to be challenging to find but it did get found. One of the challenges with that one was that the frequency was published at 433.92 but with some solar power limitations it drifted down to about 433.6.


The 2m beacon supplied by John ADØKA was placed before arrival of the bunch in a small maple tree in the park. While some were drifting a hunded feet or so off course it was found within about 30 minutes which took longer than I had expected.

SEKARC had talked about doing this for a few years now and we finally did. This was our first try so kind of a trial run, but the spring hunt WILL include prizes and winners!! We learned some things (I learned not to forget all of my coax) and we will for sure plan another in the spring when warmer weather returns! Thanks to all that participated I think the first Foxhunt by SEKARC was a CHILLY success! 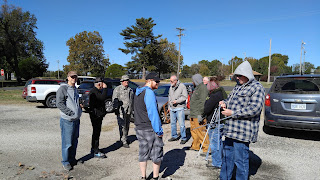 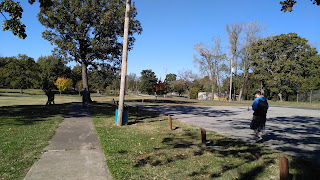 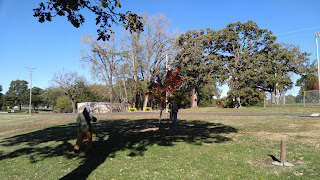