No Space for a 160m Antenna? Possible Solution!

A couple of weeks ago, I started looking for 160 meter antennas.  I have a 50 x 150 lot, and there is only one tree.  It's difficult to get a decent HF antenna in the air.  I have an end-fed inverted V, for some bands, but 160 and 80 were out of the question.  I finally settled on a Helically Wound Vertical design wound on three pieces of PVC electrical conduit telescoped into a 24.5ft vertical.  It seemed a little more rigid  than ordinary PVC pipe.

I wound  249.5 ft of 14ga stranded THHN electrical wire with both .5" and .75" pitch turns on the three pipes to spread out the windings on the entire mast, following the directions on the Internet.  The pipes were wound separately, inside the house, using hot-melt glue to secure the windings, and wire-nutted together when assembled outside.  I used a wood post with a hinge at the bottom, so that it could be easily walked up and have support at the bottom, and the 6ft point.  It DID need guyed with polyester rope, as it leaned WAY too much with the 30mph wind today.

The top hat worked per the plans.   As-is, the resonant frequency was above the 160m band, according to the antenna analyzer.  I used a loading coil that I saw in a different set of plans, 12 close-wound turns of 12ga wire on a piece of 4" PVC.   3 taps on the loading coil cover most of 160.  Nothing but  the lower portion of 160 on tap 12.  I had already looked to see if other bands might tune on that tap.  With a thunderstorm approaching, I didn't sit outside and scan other bands to see if the 10 and 8 turn taps might give me another band.

The antenna was tested before the band went bad with constant lightning crashes in the early afternoon .  I had a nice QSO with n0igz with a report of a good signal on 1960kHz.  Evening tests seemed to have similar reception as several other local hams were getting.  In the data below, from the antenna analyzer, these are the SWR's showed for various frequencies on the listed taps.  The lowest SWR is the resonant frequency for each tap of the loading coil.  The auto tuner in my Yaesu 991 seemed to tune OK  at  any frequency with an SWR less than 3, as expected.  The reported SWR with the auto-tuner was 1.3 on 1960kHz 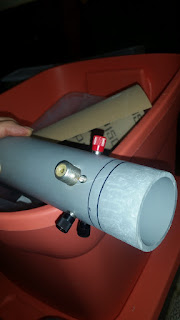 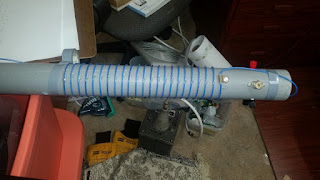 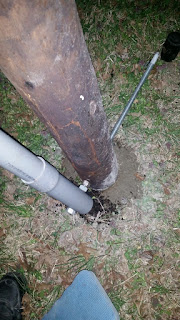 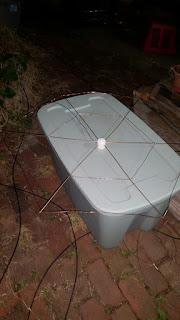 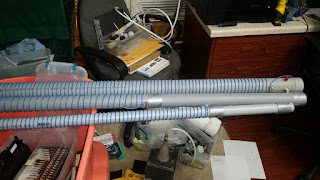 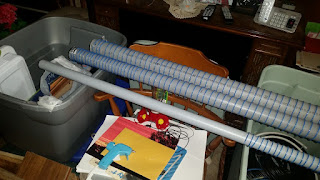 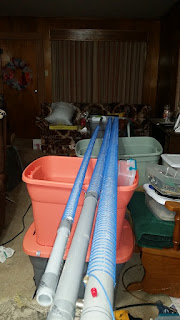 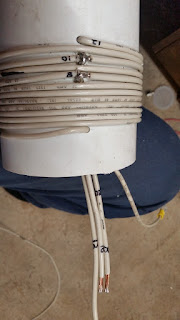 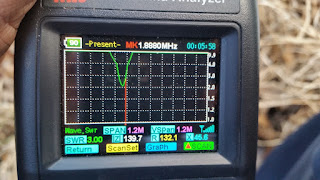 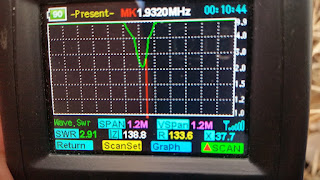 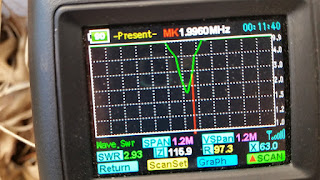