Maury's Radios On The Air Once More... 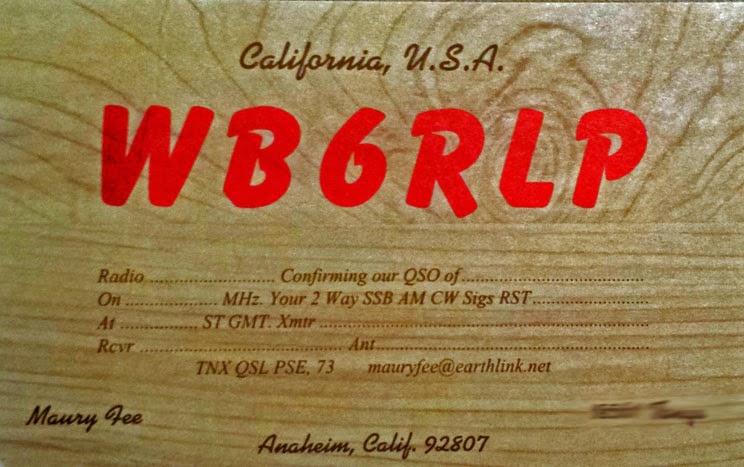 A few months ago, I was contacted by the daughter-in-law of this Silent Key Maury Fee WB6RLP who at one time lived in Columbus, KS. His son Jeff was at the home cleaning some things out and they had some of his father's ham radio equipment that they would like to sell and move on. They sent me a list of the main items which included a Yaesu FT-840 and a Swan 500cx transceiver, Ameritron and Heathkit amps and various other accessories.

I passed the information on to the club members and ham radio operators that I knew and we just could not get any interest warmed up. Well as it got closer to the time for Jeff to head back home in California, they contacted me again and made me an offer that I could not refuse. If I would buy the Yaesu FT-840 for a great price, they would donate the rest of the equipment to the club in their families honor. Well I could tell they wanted to gear to be in good hands and I was excited to accept their offer and made an appointment to meet Jeff at the house and gather up the items.

Leon N3LRH and I went out to the farm west of Columbus and looked through a LOT of history and it was obvious that a lot of contacts were made from that ham shack in the fields of Kansas. There were many DX QSL cards which stayed with the family but it was obvious that the radio gear was well used and operated with care!

The Yaesu FT-840 that I purchased from the Fee's is now our home ham shack rig and my first contact on it was 15 meters to Mexico, how is that for starters! I am loving this radio and it gets used everyday and I have already made contacts from Mexico, Maine, Arizona and North Dakota! The radio hears really well, is easy to operate and with a couple of cabling changes I am able to get back up to full use operating on 10m - 80m using SSB and digital modes like PSK. It turned out great for the club and great that Loren KDØRTX and I to have a full HF rig in the shack permanently! No more moving the Yaesu 857d back and forth between the truck and shack!

The club is using the Builders Group to test and evaluate the donated equipment. The amplifiers are being tested and one is in use after Leon N3LRH replaced the tubes and is on the air once more! The Swan 500cx has been fired up and the tubes glowed and received great on first trial. Here is a video I made from the first time me juiced up the tubes!

After doing some research on Maury Fee WB6RLP I was able to locate a little information via Google. Amazing how connected the world is these days. He was an active member of the Swan Users group and I even located photos with Maury and his wife taken at the Swan Jamboree 2002.

One of the men and one for the "gals" and you can click the photos for a larger version! 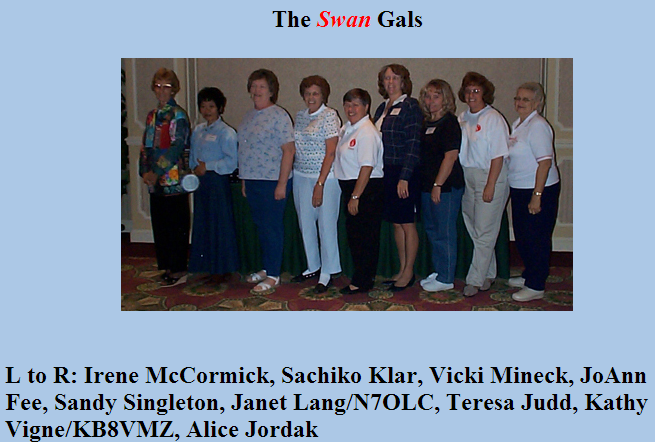 From what I was able to locate online, Maury was born Nov. 9, 1931 in Flint, MI, but spent most of his childhood in KS. He was in the U.S. Navy from 1952-1956. He graduated with a Bachelor's and Master's Degree in Electrical Engineering from USC and worked in the Aerospace industry until his retirement. Maury enjoyed Amateur Radio, fishing, boating, camping, flying and technology. He loved being surrounded by his family.

The SWAN seems to have some transmit issues, it received VERY well but the club felt that it needed some possible repairs so I looked for some operators from the SWAN group above and found Jim Singleton WA5BDR and he remembers Maury and is still active in collecting and repairing SWAN radios. He expressed interest in the radio and we discussed options with the club. None of us have experience in the SWAN radio and we thought it would be best to keep it in the SWAN family and it was decided to sell the radio to Jim. He is shown in the photo above with Maury so it will be in good hands!

The SEKARC plans to keep some of the radio gear and honor the memory alive for Maury WB6RLP and his family. Thank you Jeff and Yolanda for contacting us and allowing us to operate this gear and we hope to make the family proud. Hopefully the next time Jeff and his wife are in town they will look us up. I would like to someday have a QSO with Jim while he operated the SWAN 500cx. Stay tuned for future updates! Wouldn't it be cool of Maury's SWAN could talk to his FT-840!

I am posting some photos below of the gear that was donated to the club in honor of WB6RLP. From transceivers, amplifiers, adapters, cables, antenna analyzer, antennas and even a multimeter that turned on and has been used many times already. The club received a wonderful set of gear and learning the history is what makes it special. Now it's time to carry it forward.

Thanks again to the Fee's and God Bless...