Now on a personal note... I am honored to now have the call sign KAØEGE, originally granted to my father Charles Chancey. By example, he taught me patience, hard work, honesty, honor, humor and love. I will transmit with this call in memory of him. Below is his QSL card which incorporated the logo from Harry's Cafe which our family started, worked for and owned spanning 3 generations. I am working on a new version of Radio Harry for my QSL card.

I remember his ham shack with Heathkit radios, big brown plastic rotor controller, CW key, KAØEGE sign over the door, QSL cards from all over the world, and the ham shack was wallpapered with National Geographic maps pasted to the wall. He worked very hard at the hobby and was awarded the WAS, WAC and the DX Century Club award.

My brother in law John Penrose WBØUFV who is on our club roster played an instrumental role in dad's ham radio time. Back when the Pittsburg repeater was way up on the KOAM tv tower they could have qso's between here and Springfield. Dad was also the treasurer of the Pittsburg Repeater Organization and after I got my ticket, John gave me a KAØEGE decorated mug from dad and a metal box he held from the club with handwritten note cards with members call sign, address and due payment history. I bet there are some names in there many of you would recognize and possibly some of you ARE in there.

Below I have posted some photos from his Field Day in the yard with WBØUFV a newspaper article from the newspaper, to his certificates and awards. If you knew him or have memories of dad, feel free to post them in the comments below!

Thanks everyone !! 73's KAØEGE clear. 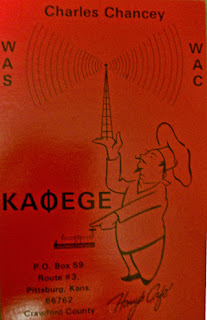 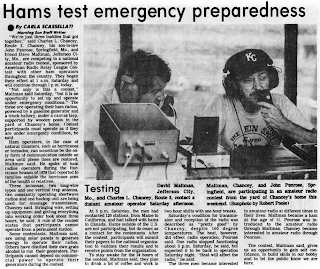 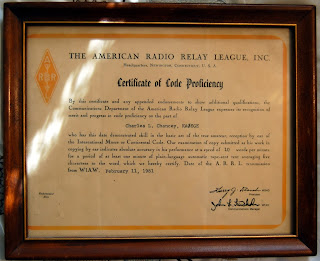 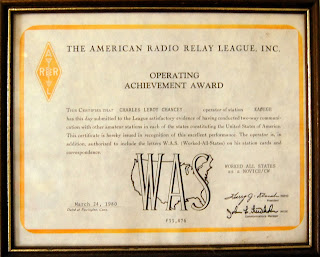 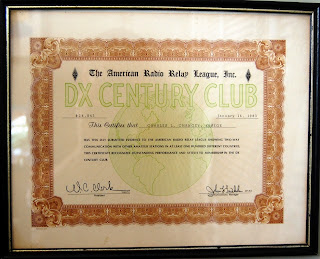 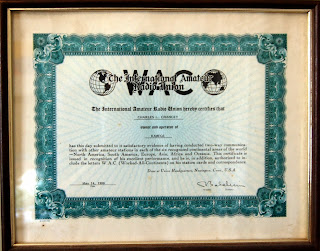 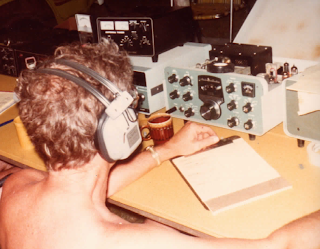 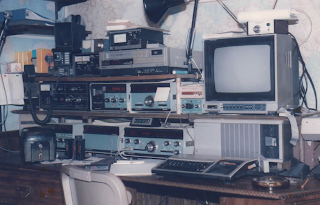