The October and November 2013 issues of the ARRL magazine QST, featured local author and amateur radio operator Max McCoy KCØMAX. With a kayak and portable ham radio he journeyed down the Arkansas River in Colorado and shared his story with QST readers. On Saturday 10/31/15 Max will join us to tell us more about that adventure. The Southeast Kansas Amateur Radio Club will be meeting at Fire Station #1 on West Fourth in Pittsburg will begin at 9am.

We will have coffee, juice, breakfast egg casserole and donuts for everyone and all are welcome and please bring a guest. This should be one of the most interesting and entertaining meeting in the history of SEKARC! Max is local celebrity but most do not know of his ham radio activity.

Weather permitting we will also head to the park for some portable radio work so plan on bringing your gear or at least stop by and get on the air! We usually have 3-5 operators that have some really nice portable gear on display and in use. 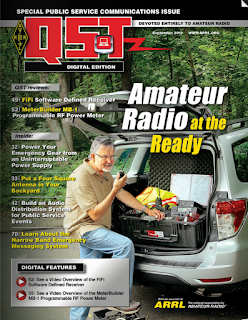 Below is a brief bio from Max's website MaxMccoy.com.

Max McCoy is an award-winning winning author and journalist.

He won the Spur Award in 2011 from the Western Writers of America for Damnation Road, the third book in the Hellfire western noir trilogy. Set in Oklahoma Territory at the turn of the last century, the book concludes the story of irascible outlaw Jacob Gamble, who is now nearing fifty and confronted by a new west of telephones, smokeless powder, and moving pictures.....

......... McCoy has published nineteen novels, including four original Indiana Jones adventures published by Bantam and licensed by Lucasfilm; the novelization of Steven Spielberg’s epic miniseries Into the West; and the critically-acclaimed cave diving thriller, The Moon Pool, published in 2004 by Dorchester. USA Today described his writing as “powerful.” Publishers Weeklycalled The Moon Pool, an “intelligent thriller… tightly drawn characters, a vile villain and a satisfying, thought-provoking conclusion make this a compelling read.”

Mark this on your calendar and get there on time!! 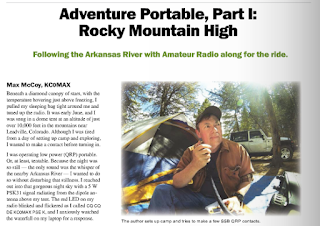 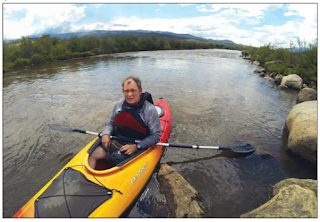