SEKARC at the JARC Hamfest 2015

This past weekend was the annual Joplin Amateur Radio Club Hamfest. Once again JARC put on a fantastic show that provided thousands of shoppers, vendors everyone a great couple of days of ham radio swapping and shopping! The SEKARC sold pretty much all of it's donated gear for a very nice total proceed that will be donated to the club treasury!

Leon N3LRH had some gear from a ham in Fort Scott and did very well as he moved most of that equipment on to new owners. Joe WØMQY, Jack WDØCFH, Steve WDØDTS, Bill WBØLXZ and a few others and myself, Jeff KAØEGE were there and/or helped with the booth. I was about 30 seconds too late on my hunt to buy a good HF rig for a back up when it was sold right before I was about to offer.


Also interesting was on Saturday morning early it rained very hard for over an hour. I saw news reports anywhere from 2-4 inches of rain in a short time. They announced that cars parked on the South side of the lot might want to think about moving their cars as the creek was rising fast and those cars were in danger of flooding. I made it out there about an hour later ( my car was parked high and dry on the North side ) I was amazed at how high the creek was how fast the water was moving. Several cars were partially underwater as some were being pushed out of the water with the cars dripping with creek water draining out of the inside of those vehicles.

All in all it was a good time. I don't think any of us won any prizes but it was nice helping the JARC fund the expensive and incredibly rough task of organizing this event every year. Thanks go out to JARC for another job well done. See some of my photos below... 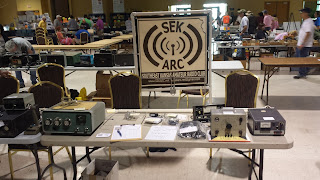 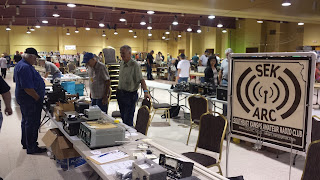 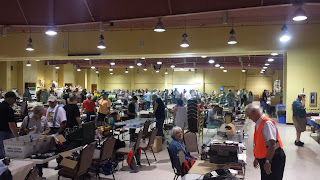 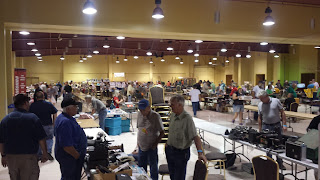 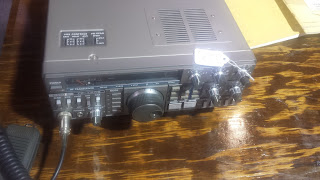 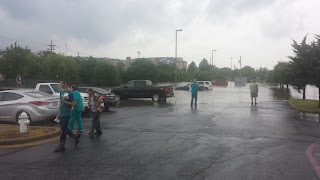 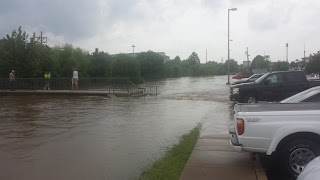